Most of these original photos are taken from “Album of South Indian Views” from the Curzon Collection taken by Govt. Photographer Zacharias D’Cruz during 1900’s others are from various websites I found.

So here are those…

Photograph of the gopura of the Padmanabha Temple at Trivandrum during 1890s. This ancient Hindu temple is one of the greatest of Kerala and was patronized mainly in the 18th century by the Travancore kings. The sanctuary, which enshrines a large image of Vishnu, is built in the typical Kerala style while the surrounding walls and towers are similar to those of the Dravidian architecture of Tamil Nadu. The imposing gopura or entrance gateway consists of ascending storeys ending with a vaulted roof and reflect the contemporary Nayaka style of architecture. 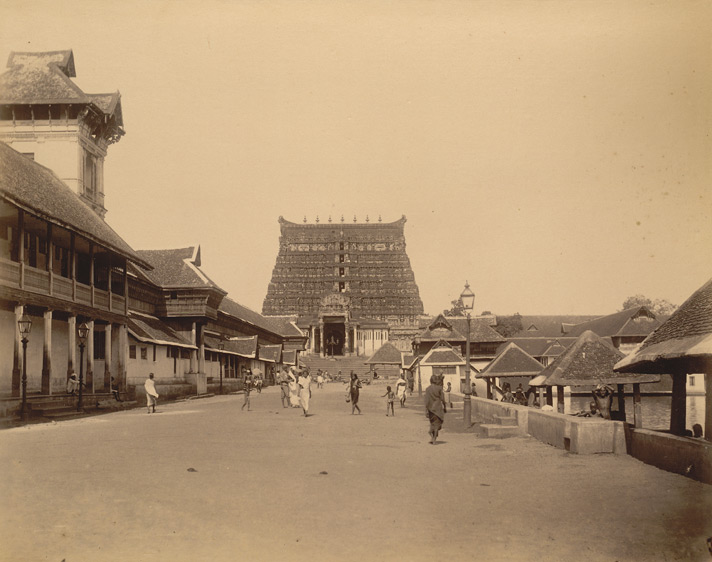 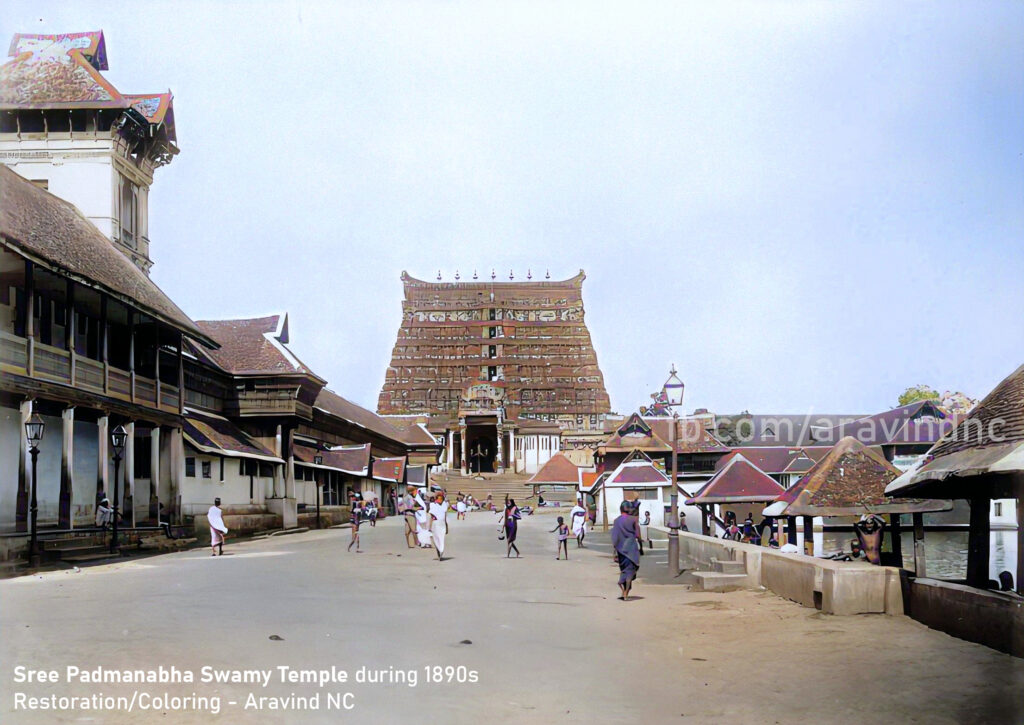 Maharaja’s State Carriage in Trivandrum. It was drawn by a team of six horses. In the background can be seen the gopuram of the Padmanabha Swamy temple. 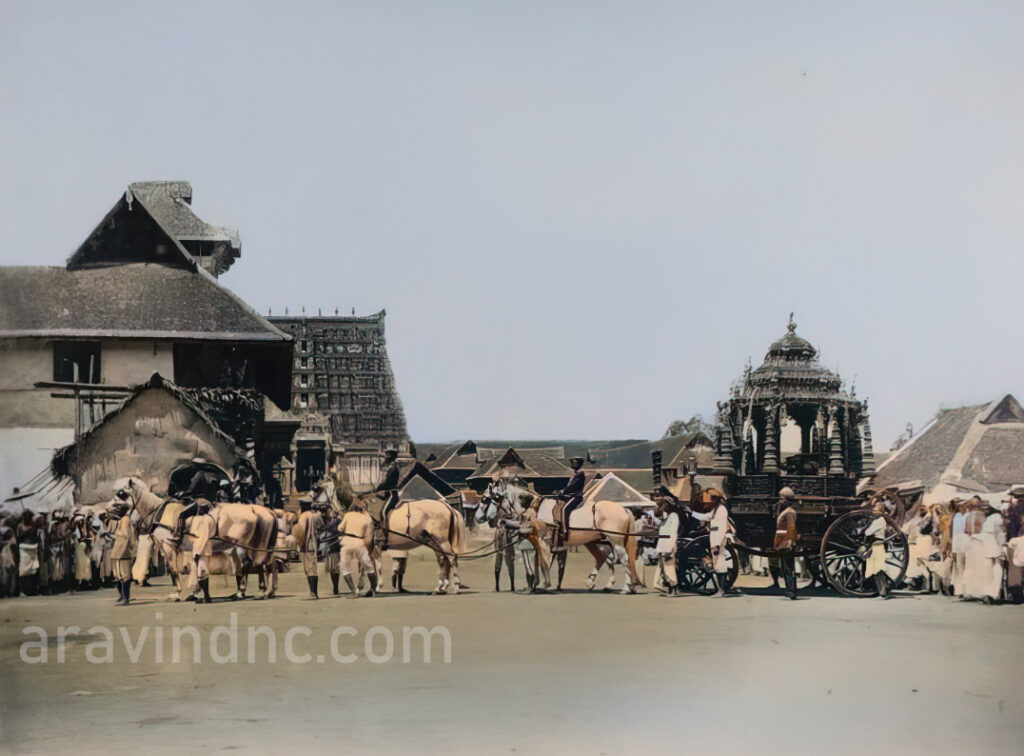 A rare image from 1900’s of the richest temple in India, Padmanabhaswamy Temple. 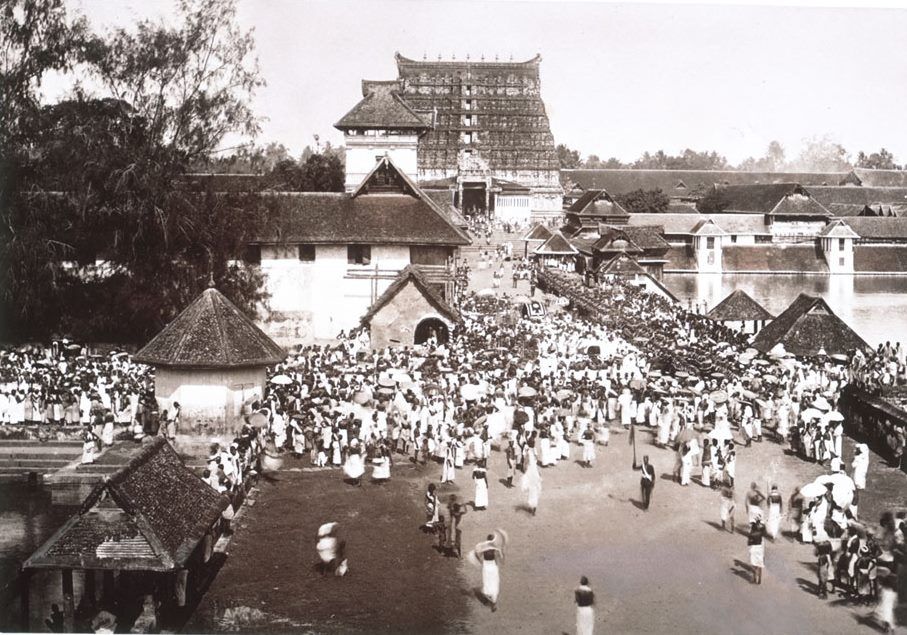 This will be a live page, more photos will be added in the coming days. 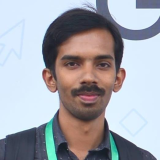